Before moving on, let’s get one thing straight…AR has been misidentified for what it stands for. It’s meaning does not mean “Assault rifle” or “Automatic rifle.” The letters stand for ArmaLite Rifle(AR), the original designers of the gun. Now, why does this matter? Because the National Rifle Association (NRA) estimates about eight million AR-15s, and its variations are in circulation. That’s why we decided to take on this beautiful big boys gun and dispel the rumors, and its terrible rap amongst non-gun enthusiasts. Due to the popularity of this so-called “little black rifle,” we agree that the “AR” should stand for “America’s Rifle.” It’s carried by at least 8 million American across the United States which of course includes the proud citizens of OKC. 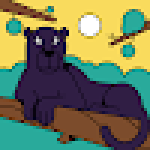